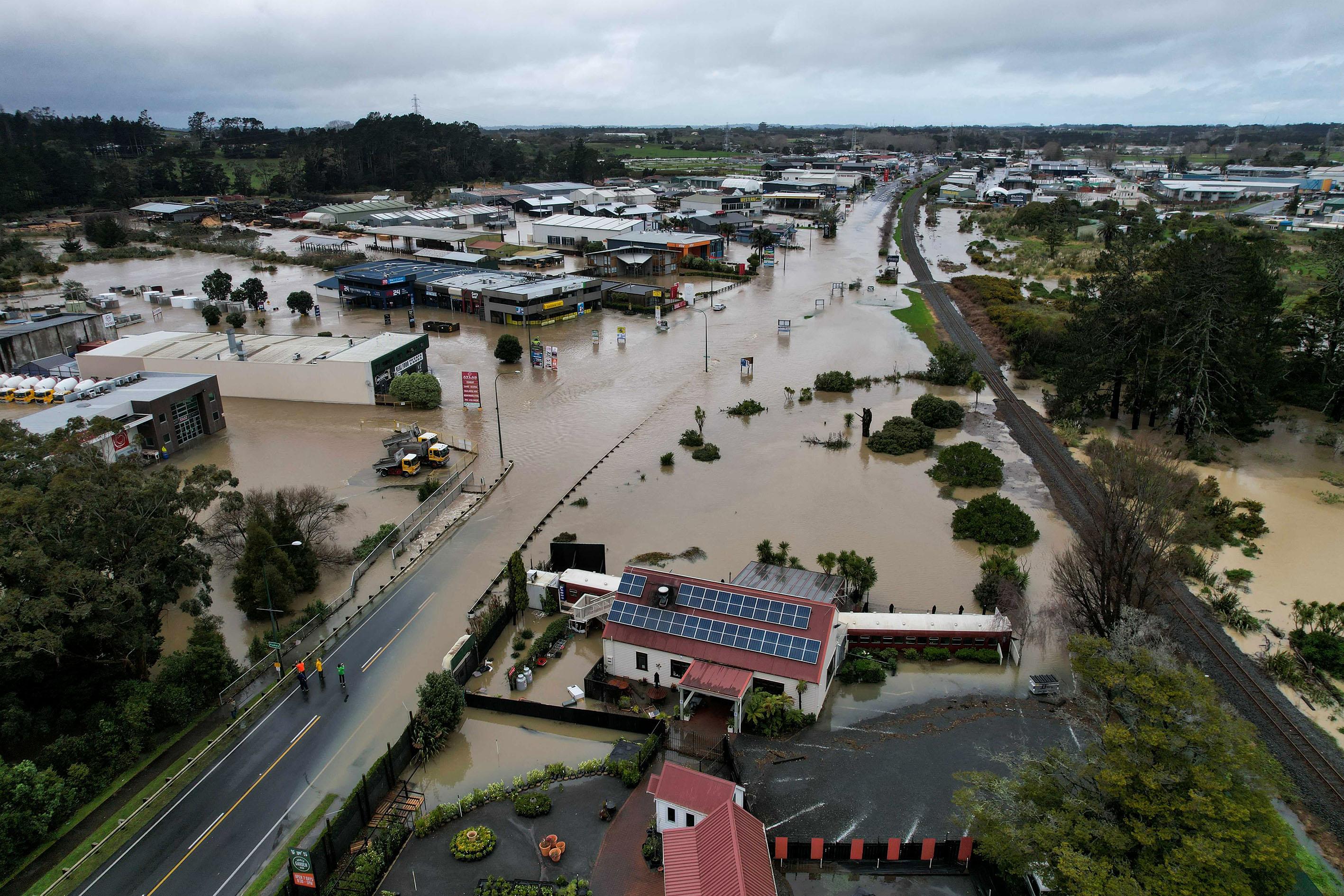 Our New Zealand brands, including State, AMI and NZI, have launched the Wild Weather Tracker (the Tracker), a new, regular analysis of insurance claims data, to help people prepare and protect themselves from wild weather.

“As New Zealand’s largest general insurer, with a relationship with one in every two New Zealand households, we see first-hand the impact of climate change through changing weather patterns on our communities.

“We know that New Zealand’s weather can be unpredictable, but our claims data clearly shows that severe weather is becoming more frequent and more damaging to people’s homes and property.  We expect that these events will only increase as our climate warms.

“During the last six months alone, AMI, State, and NZI Insurance received over 8,000 claims for property damage caused by severe weather. This is 32% higher than the same period last year.

“But these are not merely interesting data points: every single claim is a family, individual or business needing to rebuild after the heart-breaking devastation of a storm.” said Ms Whiting.

“Insurance is here to support kiwis when things go wrong, but there’s so much more we need to be doing to keep New Zealanders safe from the impacts of natural disasters.

“Insurance is one component of this solution. It is not the full answer.  The most important thing we can do is to ensure people are not in harm’s way.  Avoiding the impact on lives and people’s wellbeing must be the priority.

“This requires greater investment in infrastructure and other solutions that either protect people or move them out of harm’s way. We are working closely with the public sector to help achieve this.

“We hope that by regularly publishing the Tracker, people will clearly see the impact climate change is having on our communities and be able to better prepare.” said Ms Whiting.

Data in the Wild Weather Tracker shows that relative to total house claims, the proportion caused by severe weather has fluctuated between 3% and 23% over the last decade.

In the last six months, Canterbury was hardest hit, with 21% of all weather-related claims, and Auckland and Waikato at 15% each. House claims were the most common, making up 62%, followed by contents claims at 16%.

While reducing carbon emissions is the most important collective action we can take to stop the warming of our climate, we hope that the information included in the Tracker will help people prepare better

IAG’s Executive General Manager Claims, Wayne Tippet says, “Our natural perils team has been studying the impacts of the changing climate for nearly 20 years and is clearly seeing storms becoming more frequent and more severe. We also work closely with our customers when these events happen, and we see first-hand the enormous impacts of wild weather throughout New Zealand.

“While reducing carbon emissions is the most important collective action we can take to stop the warming of our climate, we hope that the information included in the Tracker will help people prepare better, in order to reduce some of the devastating effects floods and storms are having on our communities.

“In addition to the Tracker, we also recently launched an online Disaster Claims Hub, a one-stop resource for customers before and after a storm.

“The Disaster Claims Hub provides thorough information on how to prepare for a storm, and what to do afterwards if you need to make a claim. It also covers information such as what to do if your house becomes unsafe, access to temporary accommodation, emergency repairs and so on.” 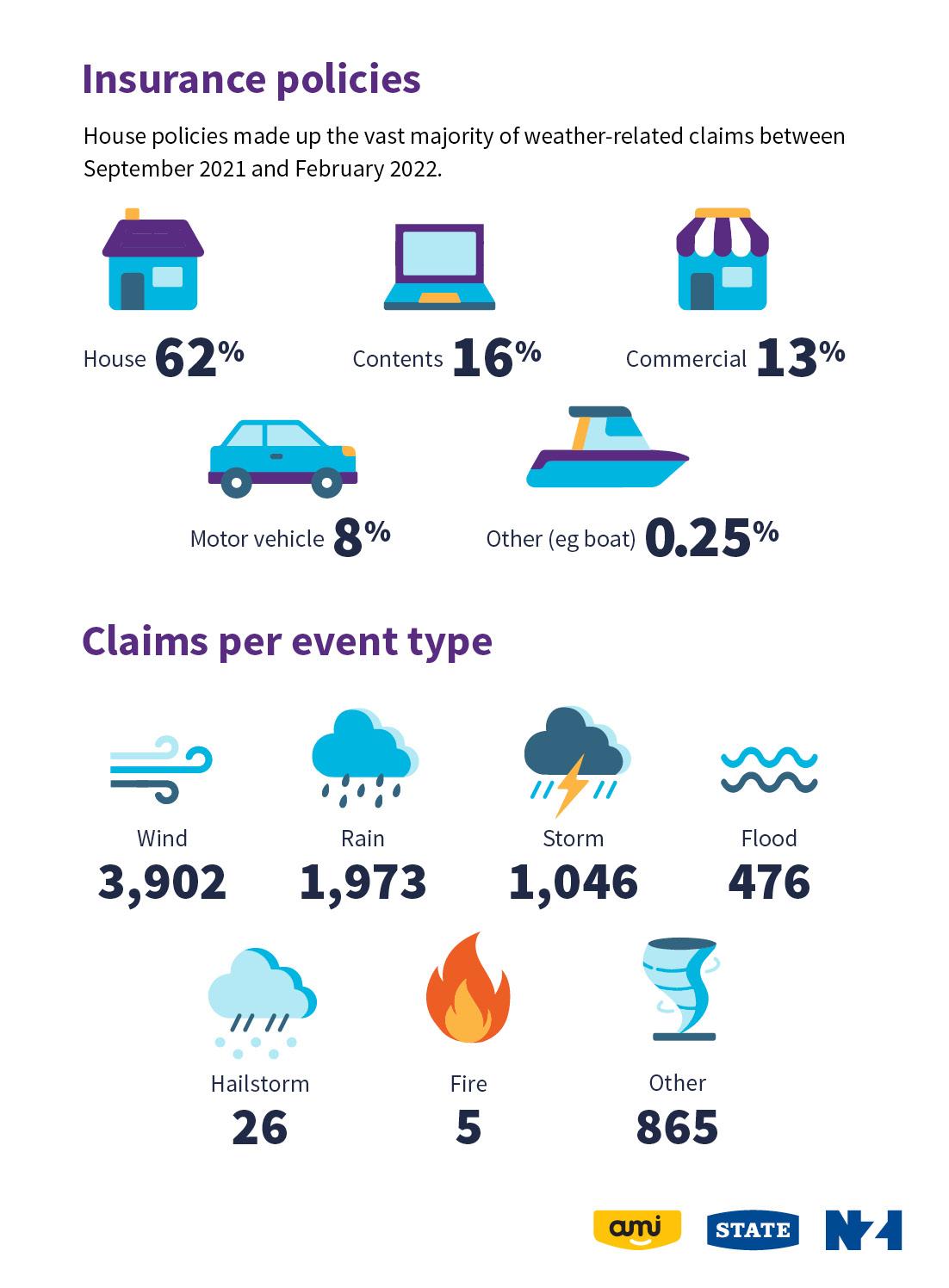 The Wild Weather Tracker shares New Zealand insurance claims statistics and other insights from State, AMI and NZI, and will be released six-monthly.

Note: Numbers cited in this statement exclude earthquakes and volcanoes. 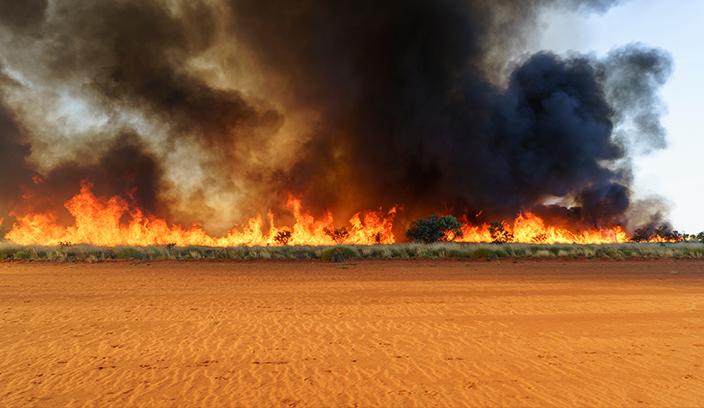 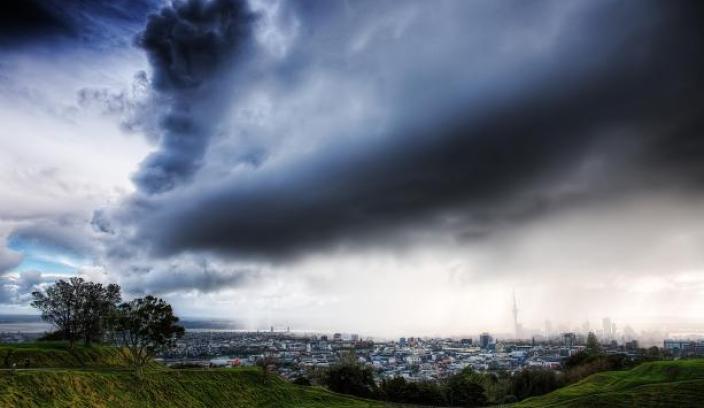 Kiwis face up to climate change, but way ahead remains unclear: 5-year trend 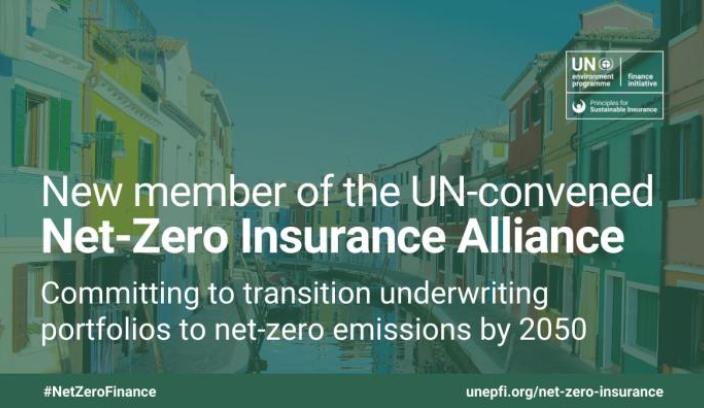